5 Ways Minimalistic Living Can Turn Your Life Around

Minimalism, or trying to ever consciously live in a minimalist manner, is something which has not always been a part of my life.

No, it’s something which you could say is relatively new to me in relation to the 28 odd years of my existence.

Pretty much my entire childhood and all the years spent at university were exactly the same as most of you.

My cupboards were always overflowing with a combination of new and old clothing. I had a few too many bags and a lot of random junk which I always believed would serve some sort of purpose in the not so far future!

Also, like so many of you again, I would always buy new items of clothing or new accessories before my current ones were totally worn out. It was never a case of me replacing anything, ever. It was more like I just kept adding to my collection of things, and that’s the way I liked it.

Damn, I even had two laptops for some completely ludicrous reason! I always believed something might break, or I may get robbed or something. Then I need to be prepared with all my backups just waiting to be called into action!

So yes, I was like you all. Minimalism was a term I hadn’t even head of before. But somehow it’s now quite a big part of my life.

So How Did I Get Forced Into Minimalism?

As I said before, I had never tried to ever take the minimalistic approach to life. Far from it, in fact. It wasn’t planned at all, but somehow I found I have been embracing minimalism for the past four years or so.

Well, once my university life finished up I had two choices to make.

One, go and work a corporate job in the big city and spend the next decade building up a career in finance.

Or the other, leave Africa and start a completely different life.

I went for the latter, of course!

So, with the travels and adventure that awaited me, I had to narrow down my life into one backpack with a maximum weight of 20kg. That’s how my minimalistic life started.

I knew I needed to pack as little as possible, as I would be on the move quite a lot. And the more things I had, the heavier the bag on my back would be.

It was quite an easy change, actually. Easier than I thought.

When you have limited space, you really then have to make some decisions as to what’s seen as an “important” item to take with you.

There’s no space for two or three of the same item. You gotta pick one, and use that one until it’s done. Then when the time comes to buy a new item, you simply have to replace it.

So that’s how I narrowed down my belongings to an impressive 16kg in total! That’s about 35 pounds. And I have tried my best to keep it that way ever since.

It’s been four long years since I left my home country, but I have tried to implement a minimalistic approach on a constant basis.

Even at this present moment in time, where I have lived in one location for just over a year now, I know I could pack up my backpack and get a move on in no time.

The few things I have collected could easily be recycled or donated. But I am still in the 15kg – 20kg region!

I deifinitely am proud of this!

The Benefits Of Living Minimally

There have been many benefits to not having a lot of stuff.

Financially, but also mentally. It can be a game changer.

It keeps your life pretty simple, and it clears up your mind a little. There is more room in there for important things than rather what to choose to wear!

But I do understand that it’s not for everyone. And that’s fine.

So below are the FIVE ways in which a minimalistic life has improved my life, personally.

As you own less items, you generally tend to spend less money.

It’s quite normal that the more you have, the more you want. Especially when it comes to clothing and accessories.

I find I usually try and wear my clothes and shoes until they are done or not presentable anymore, then I buy new stuff.

So when I purchase new items, I don’t add them to my collection of clothing. Instead I throw out the old, worn out items. This keeps the number of items at a good balance!

A Feeling Of Satisfaction

This is a bit of a weird one, but I feel more and more satisfied when I am able to just live with less.

It’s strange to try and explain it, but when you strip yourself down of all the things you don’t need, you stand back and think to yourself “I’m pretty proud right now!”.

I guess it’s to do with a bunch of mental wins. You never thought you could live without this and that, and yet you have managed to do it.

Nowadays, I get excited when I do a clean up of my cupboards and start throwing unwanted and unneeded things out!

Have any of you minimalists had a similar feeling? I am sure you have!

When you have less clothing and accessories, you tend to have a bit more free time.

How so, you may ask?

Well first of all, you don’t um and ah about what to wear every morning. You have limited choices, so the decision is easier and faster.

When you only have two pairs of jeans to choose from, then it takes a minute of your life picking one compared to having five or six.

And secondly, you don’t spend as much time as you normally would with the cleaning and looking after of your stuff. The laundry basket is not constantly full, and you usually tend to only do one big wash a week.

Allows You To Travel & Move About Easily

When the time comes for you to either travel or move house, it’s a super easy transition both physically and emotionally.

Physically as you literally can carry your entire life in one or two bags, so the actual packing, lifting and unpacking of your life is easy and simple.

Emotionally, as you all know change can have an effect on our emotions. Be it a big move or a long travel stint, when you have less stuff to worry about you will be less stressed. That’s for sure.

We all love to get a bit attached to things we own.

Everyone has their favourite sweater or pair of jeans. We paid for the things we own, so we need to care for them.

With less stuff, you have less to care about. It gives your mind and emotions a bit of breathing space!

So How Does One Start Embracing Minimalism?

If you don’t want to, then you really don’t have to!

But, if you would like a bit of a change and want to simply your life just a tad, then maybe trying to be a bit more minimalistic could be a great benefit for you.

You could start off by prioritising your items and clothes, and getting rid of the the stuff you know you never use.

Give some stuff away to charity, particularly the things you don’t have much use for anymore.

Adopting a minimalistic lifestyle can really change your life for the better.

If you feel that you just have too much stuff, or are constantly spending your time and money caring for and buying new things, then try cut down a bit and see how you feel.

It will definitely be worth it. 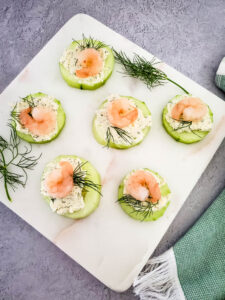 Try this very quick, summer cucumber shrimp bites. Perfect for a barbeque starter or a 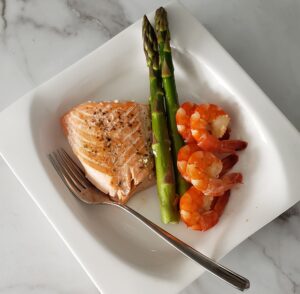 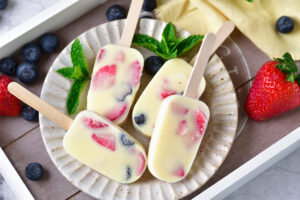 As the temperature rises, this homemade strawberry and blueberry ice cream recipe is a favorite 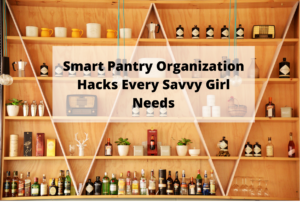 Let’s face it, well-organized living spaces make for a calmer home environment, but getting organized